A Harmonious Visit to Greece

In July 2015, former WNCC Music Program Director Rita Stinner took 10 student members of the WNCC Choral group to Greece. There, they contributed to several performances during the 11th International Festival of the Aegean. This 12-day event creates a hot spot for tourists on the island of Syros during the summer. Choir members participated in four performances of the Greek opera Medea. They took part in performances of Mozart’s Coronation Mass, Beethoven’s Choral Fantasy, and Faure’s Requiem. Stinner and the students also participated in a solo sunset choir performance at the St. Nicholas Greek Orthodox Cathedral. Performances were sold out at the theater every night they were there. Their trip started in Athens, but the group spent most of their time on Syros. Students were able to bond with the local people, eat traditional Greek food, visit various beaches, and observe critical historic events. “Just seeing how people live their lives and meet people who have the same common interests and goals was really cool,” said Connor Zimmer, a student from Bridgeport. Both the people in Syros and the choir members cried when the visit was over. 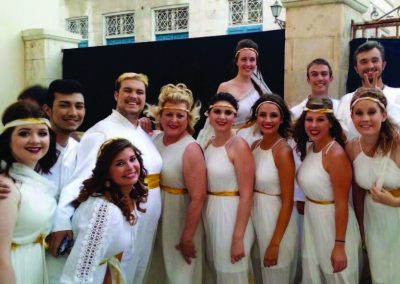 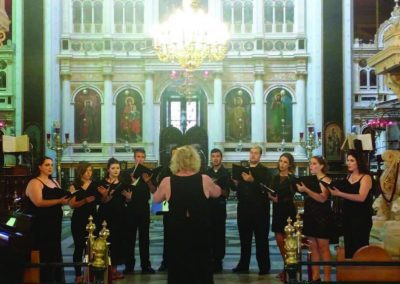 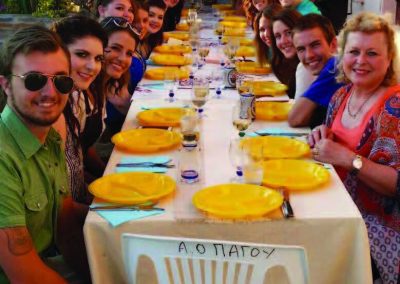